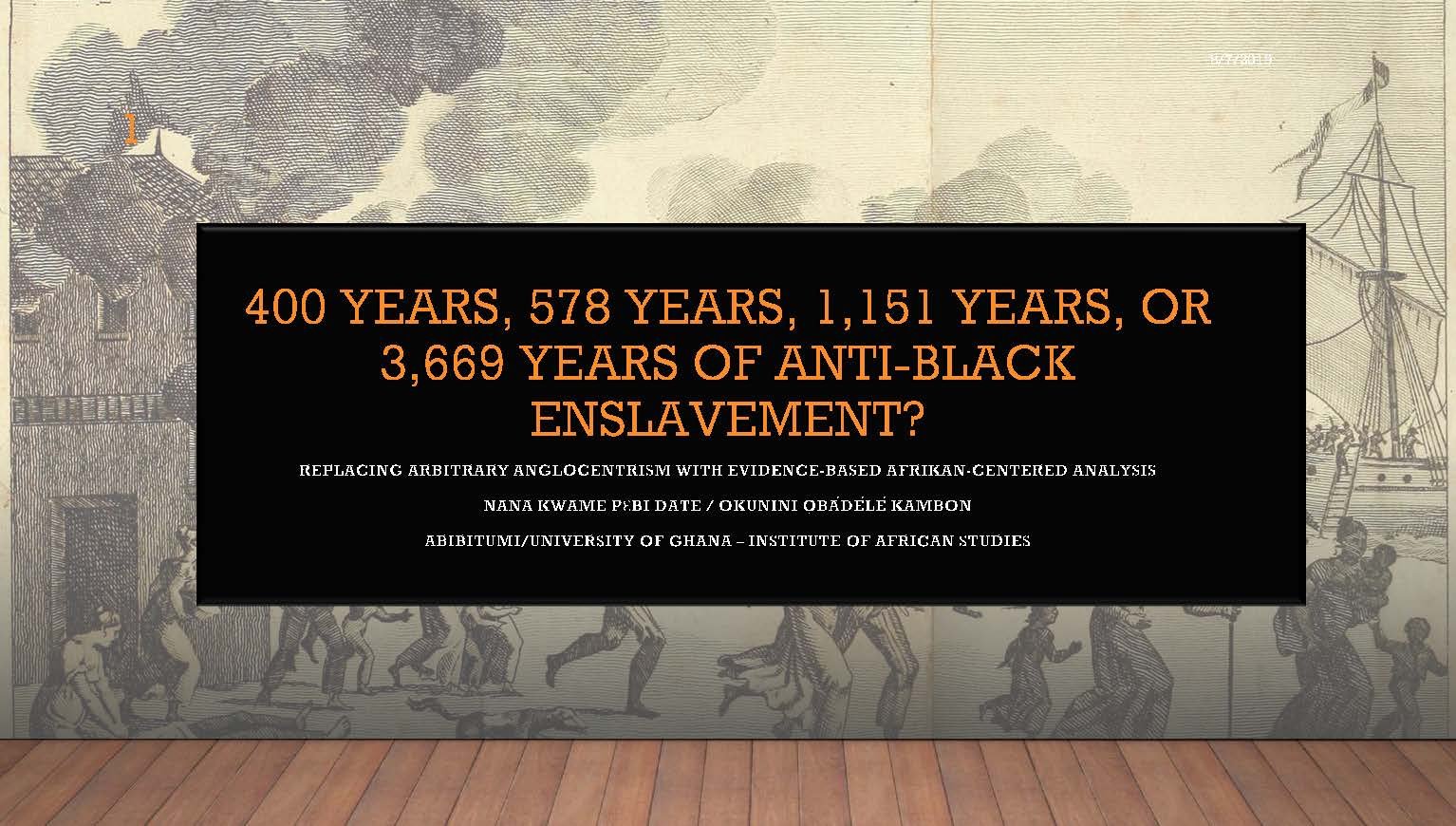 Abstract: 1619 has been selected as the starting point in reference to enslaved Afrikans supposedly arriving at the British colony of Jamestown, Virginia. However, many are unaware that in 1526, in what was known as Spanish Florida, enslaved Afrikans at San Miguel de Guadalupe had already pulled off a successful rebellion driving off the Spanish and winning their freedom–becoming permanent settlers long before the first permanent British colony. Notable rebellions occurred in the so-called new world throughout the 1500s and into the early 1600s before 1619, where the formerly enslaved Afrikans who similarly emancipated themselves and established the first free (Black) republics and settlements of the modern era in the western hemisphere. Further, in 1441, long before the arbitrary 1619 starting date, Antão Gonçalves and Nuno Tristão at the behest of Prince Henry the Navigator enslaved some 14 Afrikans taking them back to Portugal. In this presentation, I will interrogate white epistemologies and anglocentricframes of reference of using 1619 as a starting point for anti-Black enslavement as well as challenge biblical parallels and references to 400 years. Using an Afrikan-centered analysis, I argue that the arbitrary selection of the anglocentricdate of 1619 cannot be at the center of any narrative told from the perspective of Afrikan=Black people lest we erase the memory of hundreds of thousands of Afrikan Ancestors enslaved prior to that time.