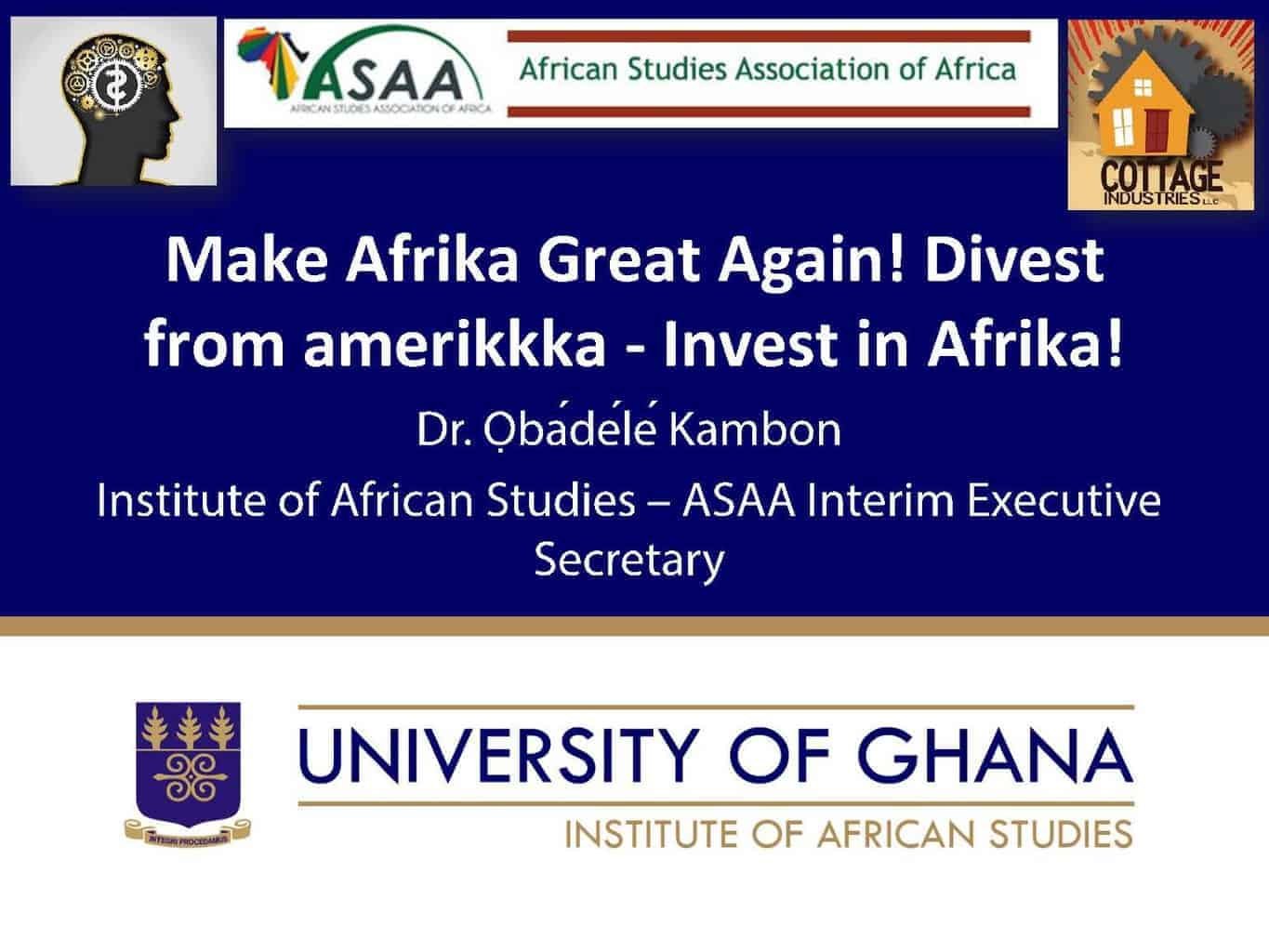 Abstract: Growing up in the 1980s I was part of the family that actively participated in the movement to divest from companies that were invested in South Afrika’s white apartheid government. There were certain gas (petrol) stations that we would never go to. There are certain brands that we would not buy. Today, there is the Black Lives Matter movement in the United States as Afrikan=Black people are being shot down in the streets daily. Donald Trump has just been elected and he has appointed members of the alt Right movement and other white supremacists and white nationalists to key positions in his cabinet. We are now in a time where Afrikan=Black people throughout the world would be served by divesting from the United States. One way in which this could be done is via knowledge production and its associated cottage industries such as publishing, conferences, employment, etc. Academia and its commensurate knowledge production create many cottage industries and the wealth that surrounds them. As such, it would be a viable option to cease and desist from travelling to and attending conferences in the US as part of an academic divestment movement in solidarity with the Afrikan=Black people who are continuously lynched/gunned down, overpoliced, lead-poisoned, special-educationed, disproportionately imprisoned, and are otherwise victims of American white supremacy. In my own case, by divesting from American knowledge production and its associated cottage industries – such as conference participation – not only is the racist, white supremacist system of America deprived of the lion’s share of funds from travel, accommodation, per diem expenses, etc., Afrika is enriched by me staying put where I am. As such, I would call on other individuals and the African Studies Association as an organization to consider a similar move to divest from America. There is no lack of irony that ASA conferences tend to be in America rather than in Afrika. It is time that such conferences are moved to Afrika not only in the interest of divesting from America, but in the interest of investing in Afrika by putting our money where our mouths are. This presentation will go into the historical context of divestment movements such as that of uMzantsi (South Afrika) and how divestment is what is needed now to make changes for the better for Afrika and Afrikan=Black people throughout the world.