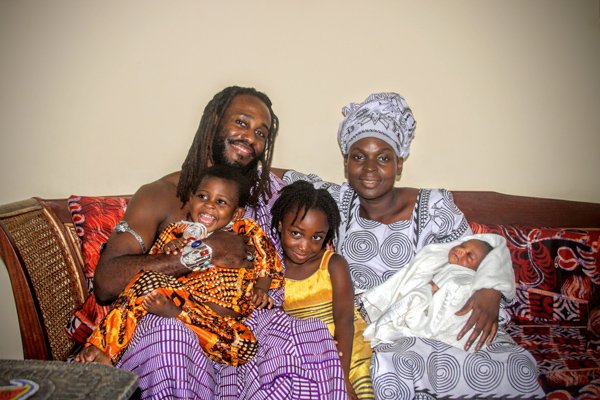 Ọbádélé Bakari Kambon, Ph.D. is an Afrikan anti-amerikkkan. He was born in Brooklyn, New York. At the age of one, his family relocated to the small village of Wendell near Raleigh, North Carolina. Upon completing high school, he attended Morehouse College in Atlanta Georgia on a full academic scholarship where he majored in African American Studies. Upon graduating magna cum laude from Morehouse, he went on to graduate school at the University of Wisconsin-Madison. At UW-Madison, he majored in African Languages and Literature on a Foreign Language and Area Studies (FLAS) Fellowship. Also, he was teaching assistant for Introductory Yoruba, Intermediate Yoruba and Introduction to African Literature courses through the Department of African Languages and Literature. While at UW-Madison, Ọbádélé focused on linguistics and within three years completed two Master’s Degrees; one in African Languages and Literature and one in Linguistics.

Upon completing graduate school, Ọbádélé taught at various tertiary institutions throughout the Chicago area including, Northeastern Illinois University, Chicago State University and Malcolm X College where he taught African Communications, Twi and Yoruba. Concurrently, Ọbádélé taught at various educational institutions throughout the Chicagoland area, from pre-school to high school including Dusable Leadership Academy, Betty Shabazz International Charter School, Winnie Mandela Intergenerational Alternative High School, Charles Hamilton Houston Alternative High School, New Concept Pre-School, Barbara A. Sizemore Academy Middle School, the BSICS Community Shule and Camp Cul-Tech. Subjects taught included Twi, Yoruba, Capoeira, Introductory Kiswahili, Wolof and outdoor leadership survival skills. After three years in the Chicago area, Ọbádélé moved to Ghana to pursue his PhD in Linguistics at the University of Ghana at Legon. While completing his doctorate, he also taught at African University College of Communications teaching Pan-Africanism, African Diaspora Studies, African Biographies and African Spiritual Systems. Ọbádélé completed his PhD at the University of Ghana in 2012 earning the Vice Chancellor’s Award for Best PhD Thesis in the Humanities. He is now Senior Research Fellow at the Institute of African Studies (IAS) and coordinator of the UGRC African Language Program (2nd Semester), (2014-2015) coordinator of the revamped IAS Thursday Seminar Series and coordinator of the new graduate African Thinkers/African Thought (2015-2019) program in which he teaches the core course Foundations of African Thought. In 2016, he was awarded the 2016 Provost’s Award for Best Publication in the Humanities for his 2015 article entitled “Theory of Endogenous and Exogenous Motivation in L2 Migration,” published in Per Linguam. From 2016-2019, he coordinated the IAS Mdw Ntr Study Group, IAS Thursday Evening Film Series and Black History Month Film Festival. As of 2019, the Black History Month Film Festival is now hosted at the National Film and Television Institute. In December 2016, he became a full citizen of Ghana and was instrumental in the historic restoration of Ghanaian citizenship for 34 Africans of the Diaspora. In July 2017, he was enstooled as the Ban mu Kyidɔmhene of Akuapem Mampɔn, where he is currently building his residence. He is married to a lovely and supportive wife, Kala, and has three beautiful and brilliant children, Ama, Kwaku and Akosua. 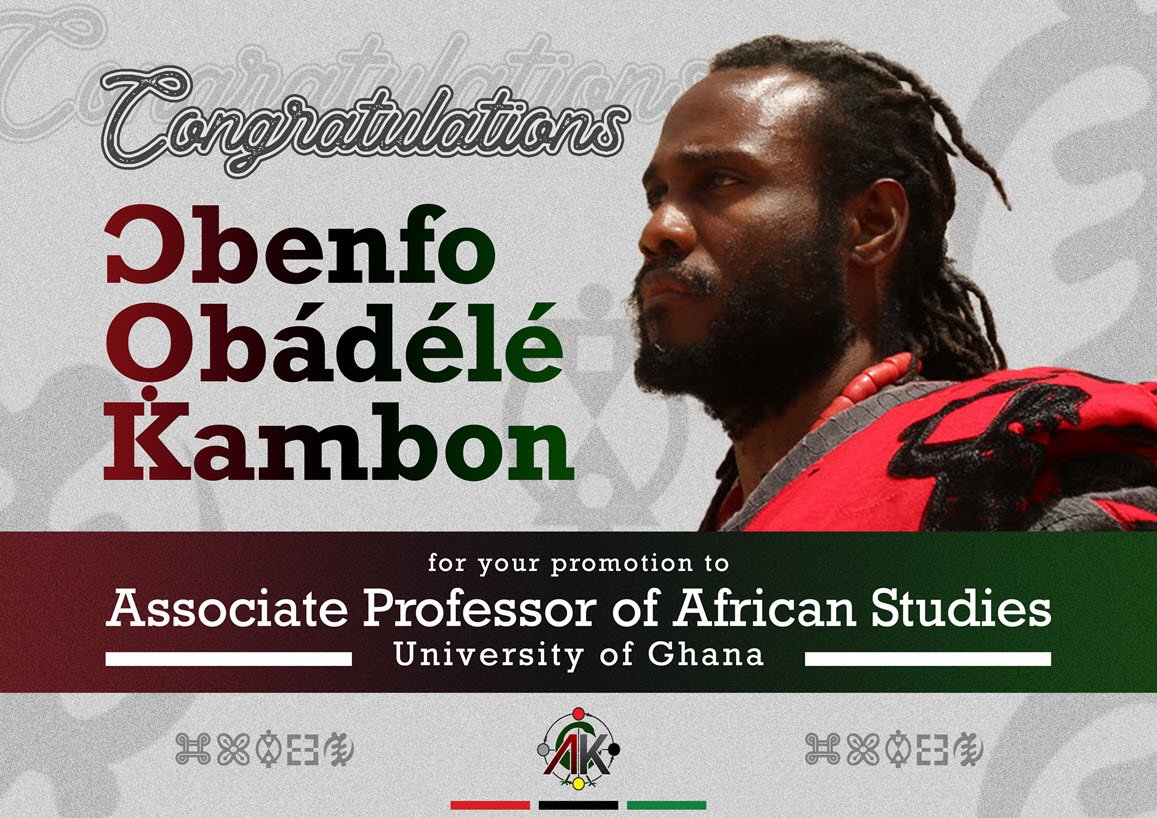 Congratulations to Ɔbenfo Ọbádélé Kambon, Associate Professor at the University of Ghana

As Abibitumi (Black Power in Asante Twi) celebrates its 16th year of existence, we would like to take this time to acknowledge and celebrate the hard work of our founder, Ɔbenfo Ọbádélé Bakari Kambon for his recent promotion to the rank of Associate Professor at the University of Ghana, Institute of African Studies! Click the orange button below to send him a quick message of congratulations on Abibitumi.com or go to his publications page to check out his 35 publications! Ayekoo! Ẹ kú iṣẹ́! Pongezi! Ndokkle! Nkote ko zô!