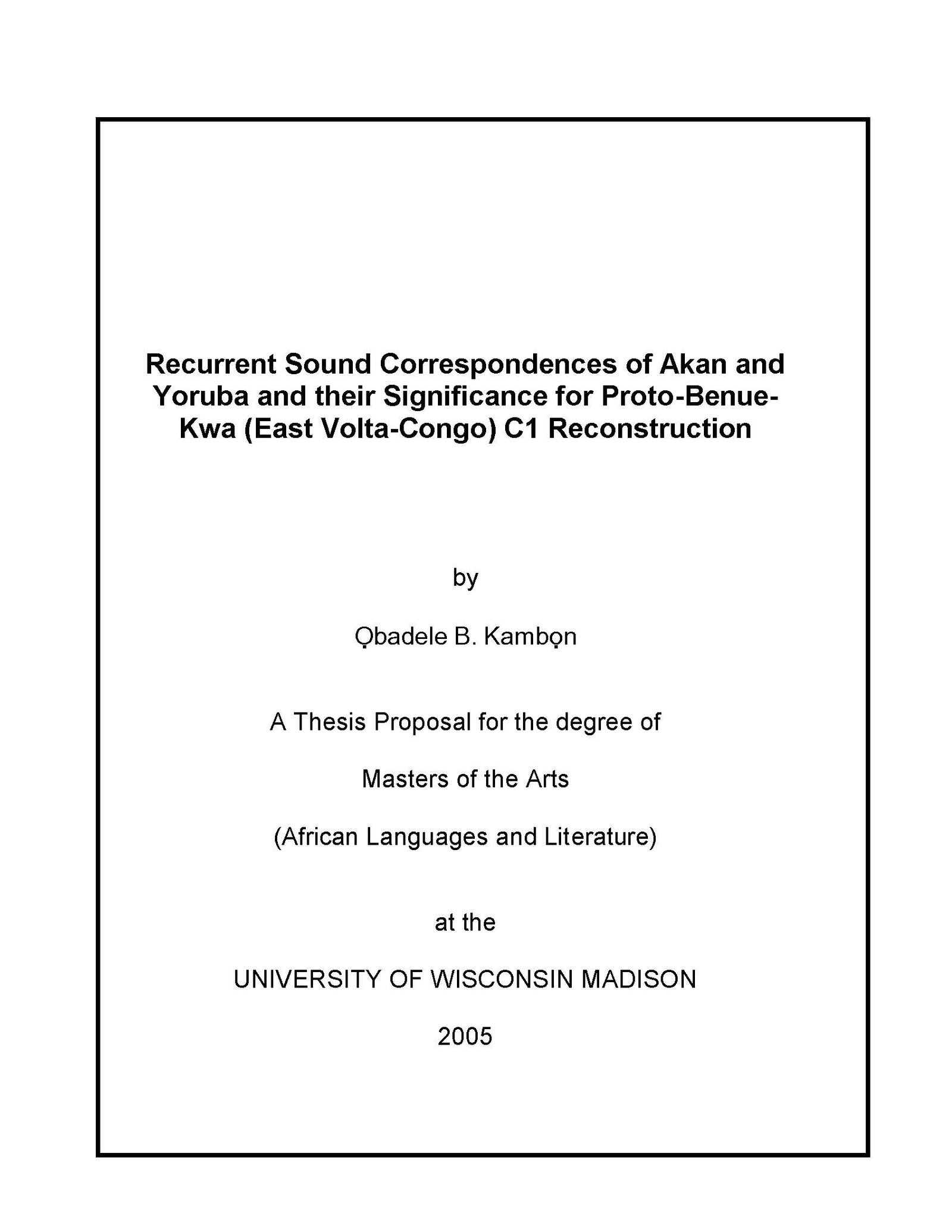 Abstract
This thesis will address the implications of lexical cognates and regular sound correspondences in the basic vocabulary of Akan (Twi) and Yoruba. Reconstruction, a central focus of comparative linguistics, is based upon determining regular sound correspondences between two languages that are already presumed to be related. By applying the comparative method and implicational laws of sound change to data derived from the first and second Swadesh Lists, the phonological inventory of the proto-language, Proto-Benue-Kwa (East Volta-Congo), from which Akan (Twi) and Yoruba are descended, will be juxtaposed with current reconstructions, primarily as pertaining to the initial consonant (C1). These recurrent phonological correspondences will serve to bring us closer to a true reconstruction of Proto-Benue-Kwa (East Volta-Congo) in essentially the same way as “Proto-Germanic-Latin-Greek-Sanskrit” served the pioneers of linguistic reconstruction as a pilot Proto-Indo-European. This thesis will add to the discourse of comparative and historical linguistics in the African milieu by testing current reconstructions and engaging current methodological and theoretical debates in African linguistics. This thesis culminates in the establishment of the Proto-Benue-Kwa Push Chain and the establishment of a clear phonetic environment for Proto-Benue-Kwa labial-velars vis- -vis the labialized velars. The primary contribution to knowledge is in a refinement of current proposals of the phonological inventory as pertains to the C1 of the common pre-dialectal mother tongue (Proto-Benue-Kwa) from which both Akan (Twi) and Yoruba are descended based on analyzed data.