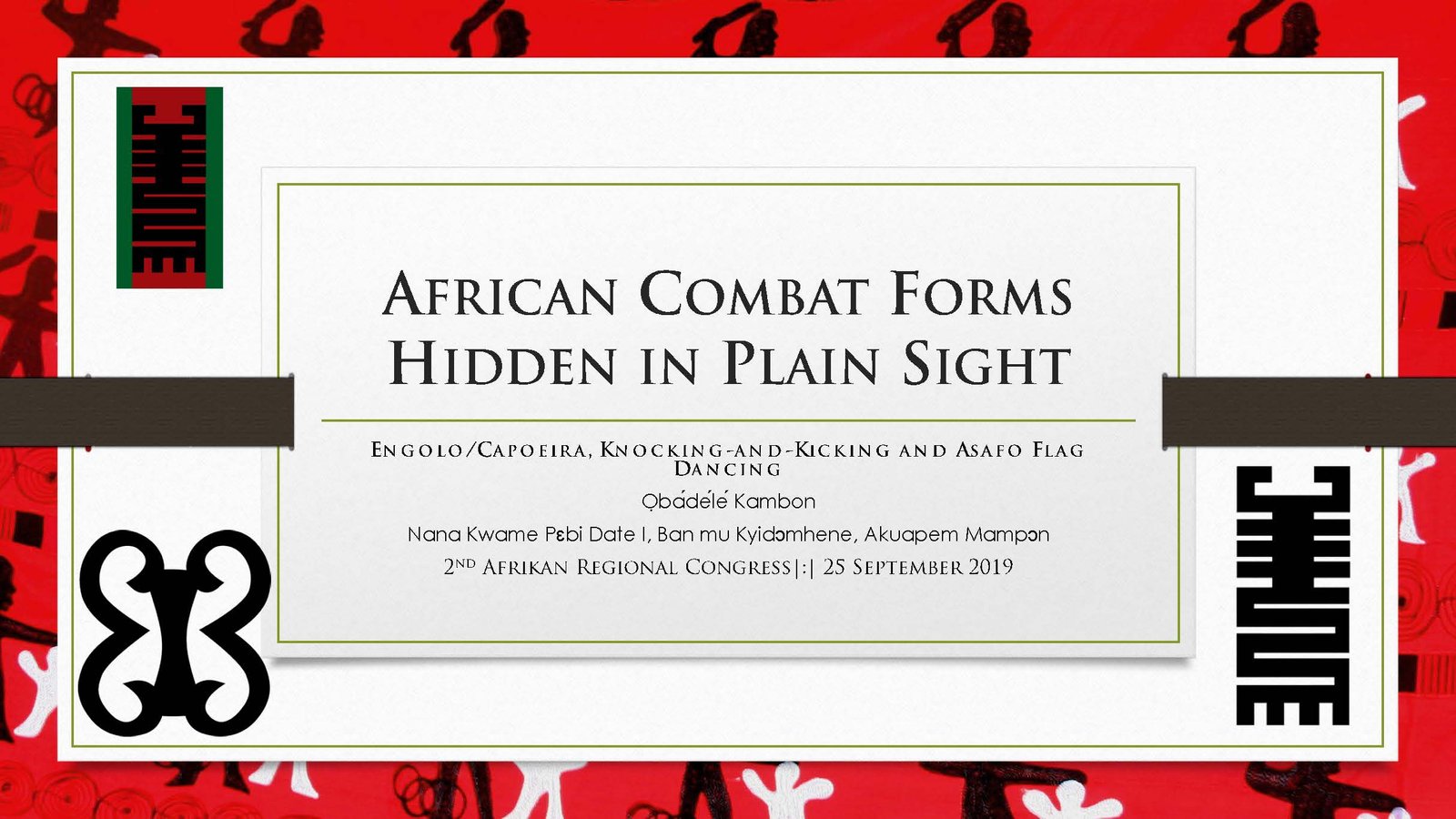 Engolo/Capoeira (Angola/Brazil), Asafo Flag dancing (Ghana) and Knocking-and-Kicking (North America) combine the aesthetics of dance with varying degrees of combat-oriented movements. It has been argued in the literature that the dance aspect came about due to repressive environments of enslavement/colonialism and the need to disguise some of these arts to trick oppressors. We will demonstrate, however, that the association of dance and combat are part of a shared practical Pan-African imperative found throughout the African world that privileges movement over inertia. Nevertheless, documented repression in certain instances may have led to a greater emphasis on the dance aspect to the detriment of open combative application. In this presentation we will demonstrate that, even in the dance, fundamental movements of each may still retain practical combat application. As such, today, why would the dance aspect seem to continue to be favored over overtly combative/militaristic expressions when Africans of the continent and the diaspora have either removed prior modalities of repression or at the very least forced them to transform? We analyze this conundrum with regard to contemporary expressions of Engolo/Capoeira, Asafo Flag Dancing, and Knocking-and-Kicking by means of a comparison between natural vs. unnatural responses to oppression.